Another sunny day. Have you noticed I’m only writing on the nice days? The other days are full of boring things like sitting inside, getting a Dutch bank account, wishing I had friends… stuff like that. Nothing worth sharing. 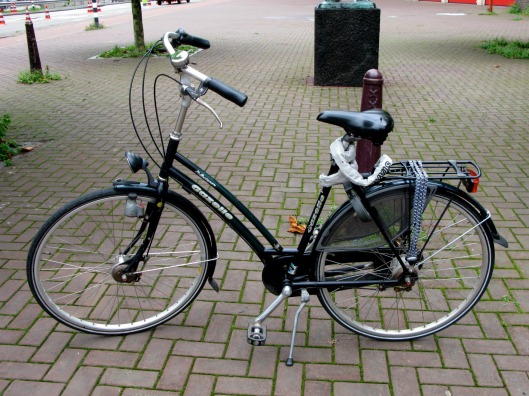 We’ve been enjoying our new Amsterdam bikes very much, though. Riding through the city is like passing a gauntlet. There are plenty of bike lanes, but figuring out where they’re going, if they are one-way, and getting through the glut of pedestrians in them makes it tough. Add trams and cars and it can be a scary ride. I’m slowly getting used to it, and finding the quieter side streets on the canals much nicer.

Already tired of the screeching horns and clueless pedestrians, we decided to take our bikes into the countryside for some pastures and sunshine yesterday. We headed for Weesp, a city about 7km away, but instead ended up in Muiden due to some detours and blocked routes. 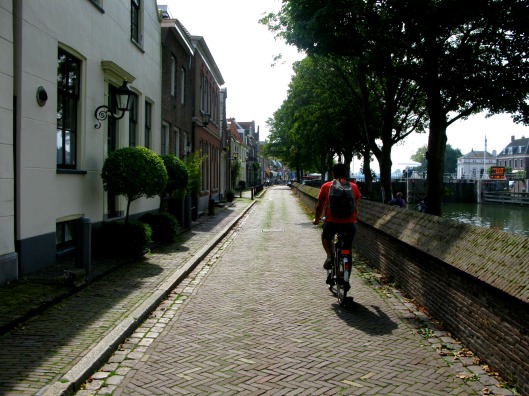 Muiden is a tiny town with not much in it except for cute cobbled streets and some excellent cafes on the canal. While sipping a Heineken or slurping your ice cream you can watch the boats go in and out of the harbor. I love the look of some of these boats. They’re the real thing, with masts and sails and everything. Words like riggin’, and aye, thar, tack, and matey leap to mind. These are Dutch ships so they don’t speak English, of course, which then makes me wonder, what do old Dutch pirates sound like? So many questions can come to mind while enjoying a frothy canal-side beer.

Muiden is also known for its castle, the Muiderslot, which dates from the 13th century. We didn’t go inside this time, but I’m already planning another visit. 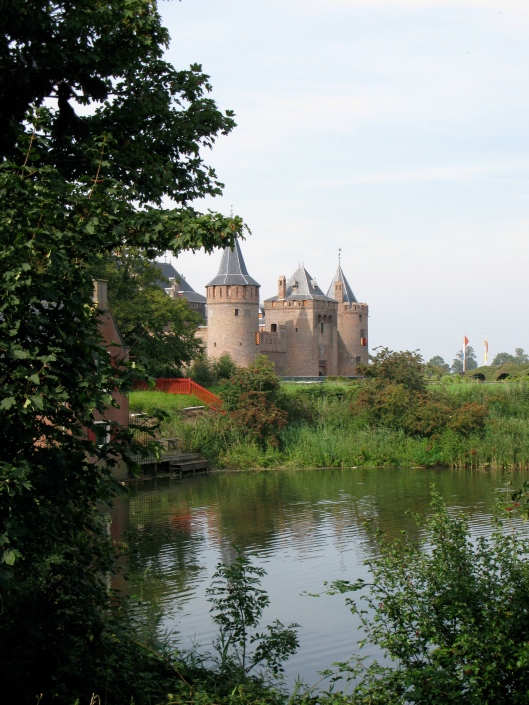 The ride to and from was pleasant and rural, and we got a perfect taste of the Dutch countryside. There are so many places within 20 miles around Amsterdam, and I love being able to explore by bike! I’m hoping the weather holds out for a few more weeks, and the fall is mild so we can get to a lot of them. Once we got home, though, my whole body protested. It was a good 30 km ride, which translates to about 18 miles (according to Google.) A good start to a hopefully good year. Let the exploring continue!

3 thoughts on “Biking to Muiden”